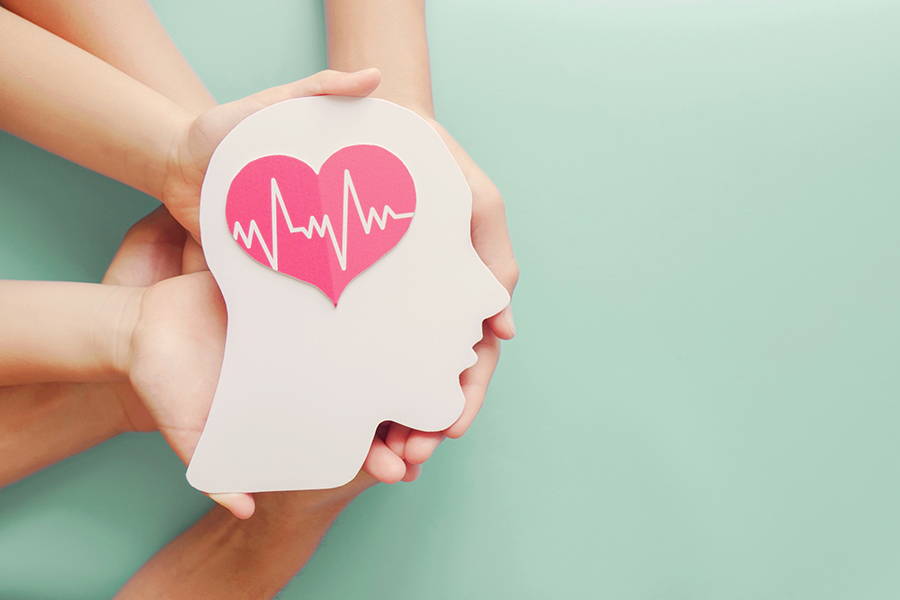 We all know that stress isn’t good for us. But how often do we really consider the potential impact that stress has on our long-term health?

We all feel stressed from time to time. Pressures at work, financial worries or relationship issues can all cause us to feel anxious and on edge. And it’s certainly been true in recent years that there’s been plenty for us to worry about.

And while we know that dwelling and doom-scrolling isn’t good for our mental health, we don’t often think about the knock-on effect that stress has on our physical wellbeing. But we should. Studies have found many health problems linked to stress. Stress seems to worsen or increase the risk of a variety of conditions like obesity, heart disease, Alzheimer's disease, diabetes, depression and gastrointestinal problems.

But it’s not all bad news. It’s possible to manage stress, and by doing so, manage your risks of these types of conditions. For Stress Awareness Month, we’re taking a closer look.

Stress is an inbuilt physiologic response to a threat. When you're stressed, your body responds, restricting vessels and raising your blood pressure and pulse. You breathe faster and your bloodstream is flooded with hormones such as cortisol and adrenaline.

What impact can stress have on the body?

This reaction isn’t harmful. It’s there to protect us in dangerous situations. But the body doesn’t understand that an angry email from your boss isn’t the same as a lion about to pounce. It responds in the same way. And while the likelihood of an animal encounter is slim, aggravating situations like that email are fair more common, and there’s the problem. When you're chronically stressed, the physiologic changes you experience can, over time, lead a higher risk of health problems, including:

Studies have found that stress may worsen Alzheimer's disease, causing brain lesions to form more quickly. Some researchers believe that reducing stress could slow down the progression of the disease.

Chronic stress is linked to higher rates of depression and anxiety. A recent study found that people who had stress related to their jobs had an 80% higher risk of developing depression within a few years, compared with people with lower stress levels.

Stress can have a major impact on our diets, making us more likely to make unhealthy choices that increase the risk of diseases like diabetes. Stress has also been linked to raised glucose levels in people already living with type 2 diabetes.]

While stress doesn’t cause ulcers, it can make them worse. Stress is also a common factor in many other digestive complaints, such as chronic heartburn and irritable bowel syndrome.

Stress is considered one of the most common triggers for both tension headaches and migraine.

Researchers have long suspected stress leads to a higher risk of high blood pressure and heart problems. Stress can directly increase heart rate and blood flow and causes the release of cholesterol and triglycerides into the blood stream.

Stress causes higher levels of the hormone cortisol, which has been linked to higher amounts of fat deposited in the abdomen.

Just a few minutes of deep breathing can help to calm you down and halt the physiologic stress response. And it can be done discreetly, wherever you are. As you breathe out, try to relax a specific muscle group, starting with the muscles in your jaw. On the next breath out, relax your shoulders. Move through the different areas of your body until you're feeling calm.

Focus on the moment

When we feel stressed, we tend to be either replaying something that’s happened, or worrying about something in the future. Thinking about ‘right now’ can help to ground you in the moment and shift the stress. To help you move your mind into the now, focus on what you can hear, feel, taste, see and smell right now.

Much of what causes us stress are the situations beyond our control. Chasing after these will always be fruitless and frustrating. Try instead to think about the things within your influence. You will feel calmer and more capable if you focus on the things you can control.

Check in with your body

After a couple of particularly stressful years, it’s no surprise that many of us have noticed a knock-on effect on our health and wellbeing. If you’ve noticed that you’ve not been feeling 100% and are concerned about the impact stress may have had on your body, it might be time for a full body MOT.

We make sure the experience of getting a private blood test in London is as easy, convenient, and painless as possible. Here’s how it works:

We have a comprehensive range of health checks and diagnostic blood tests available, including diabetes, kidney and liver function, hormone levels and fatigue.

After you have selected the right test for you, simply order online through our secure payment system or chat to a member of our team. Once your order is placed, you can visit our central walk-in centre on the same day to have your blood sample collected by one of our trained phlebotomists.

Find out more about our range of health tests